I missed snow; Michigan didn't snow again for the second year in a row, and I'm left wondering whether the five to six inches of snow every year we usually got is a thing of the past. So when it snowed three inches this past weekend, I took advantage of the storm and went to a snowball fight on the National Mall. 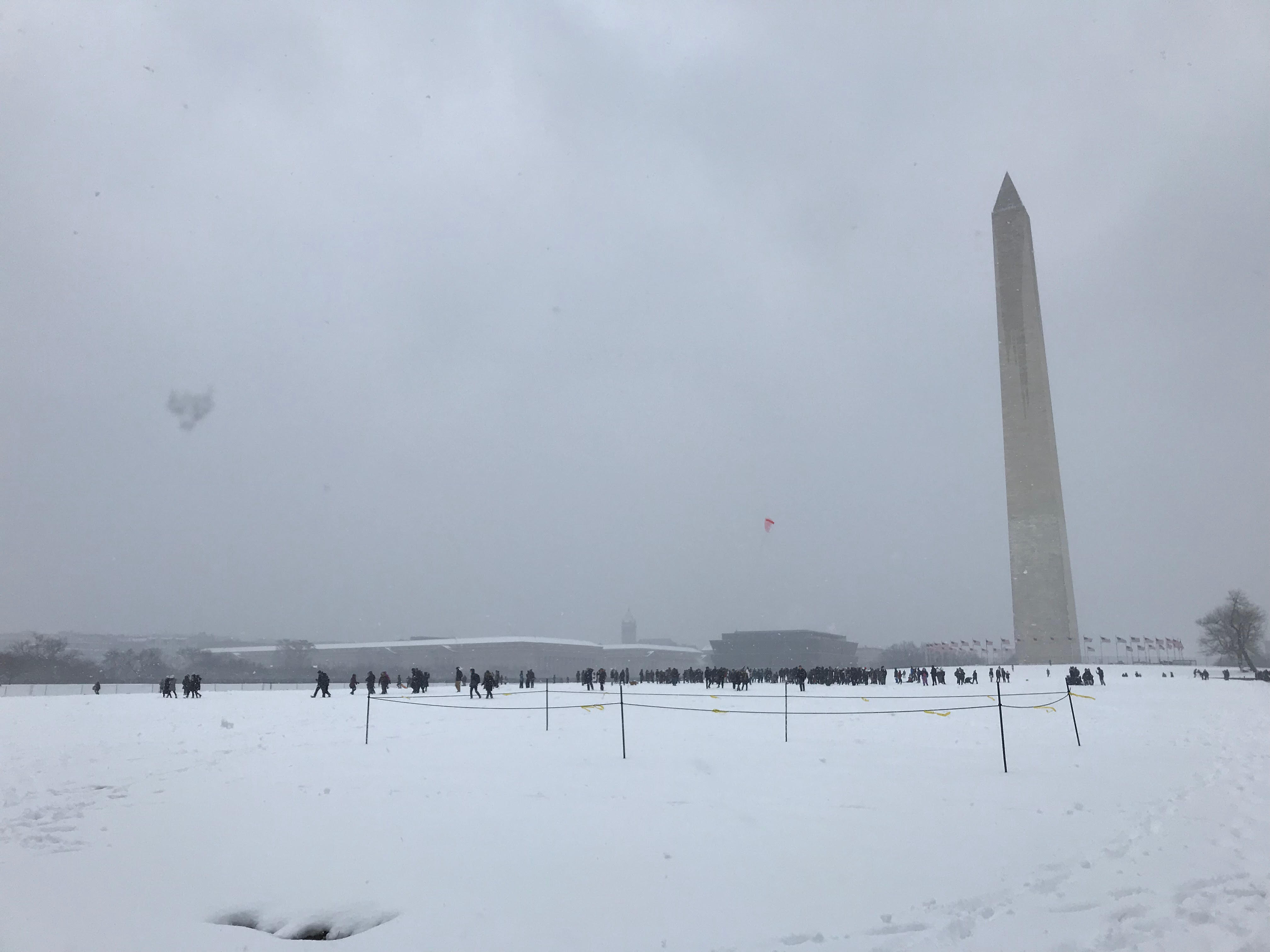 I did not expect so many people to show up. It was like 100-200 people at least (the above picture was taken much closer to the end). And I did not expect the ferocity of the fight. There were one or two cheerleaders on both sides, and every so often they would yell “CHARGEEEE” and everybody would rush the other side. The snow was just perfect and so sticky, and there was so much of it lying around. It was perfect.

I think there were some lessons I learned or re-learned during this snowball fight: