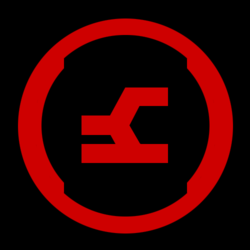 I've been thinking about the mantras of consistency and deliberateness, especially with regards to what I'm doing with my time nowadays. I think this applies greatly to building quality products and quality businesses, which are two things I've been wanting to get into more. The story of Roman roads brings me solace that those two qualities contribute most to greatness.

The thing about Roman roads is that they're straight. Roman roads were built primarily for the military and the government, in order to improve logistics in times of war or unrest. The Romans knew logistics wins wars. Marching armies take more time and energy marching around curves in formation. They're more susceptible to enemy attack around bends they cannot see around. Perhaps most crucially, slower communications implies weaker and sparser intelligence about enemy movements ahead, which could mean the difference between victory and defeat.

Roman messengers could travel 100 miles on horseback, then transmit messages to fresh personnel and horses at relay stations. Roman legions could march up to 50 miles a way, with nail-studded sandals, carrying 100 pounds of gear on their backs, then with their obviously plentiful stores of energy, create an entire temporary camp from scratch in one night, sleep in it, tear it all down in the morning, and do the same thing all over again the next day. Rinse and repeat for the 20-25 years a typical Roman legionary served in the professional army. I feel devolved comparing myself to these guys.

Roman roads and bridges are still directly used and maintained, and if they aren't, many modern roads are built on the exact routes Roman roads mapped through.

The nearby Sasanian Empire also built roads. Their Wikipedia entry is about ten sentences. One of which is, “Much of the Sasanian road system remains unknown due to minimal archaeological investigations”, which to me implies that the roads went out of use during some point in time. For some Roman roads, that hasn't been true for 2,000 years.

I hear a lot about the Romans, both from those that liked it and those that hated it. I don't hear much about the Sasanians at all, despite the fact that they accelerated the downfall of the Roman Empire.

I realized I'm not a very creative person. I'm not good at all with puzzles, especially puzzles where I don't have a stake in either winning or losing. I'm also not great at coming up with new strategies. Where I lack in creativity though, I seek to make up for in being methodical and deliberate.

In some ways, this counts as insanity. Doing the same thing again and again, having it not really work out, and expecting a different result? What else can this be construed as, if not insanity?

For example, I've picked up a habit of learning things the hard way. I don't like it when things “just work” or when nothing goes wrong. To me, when everything goes right automagically, it means there's something I don't know or understand. I always fear what I don't understand. So I habitually poke and prod and break things to see how it reacts. Sometimes I get burned by it, and the great thing about being burned by something is a newfound appreciation for a good reason why things are the way they are, instead of “we've always done things this way”. I think trying to break things is a great way to make systems anti-fragile.

So I'm not the guy who comes up with fifty different ways to hunt a deer. I am the guy who will pick one deer from a herd and walk a hundred miles to go get that specific deer, regardless of the other deer or the other food present along the way.

For me, this is a big reason why I want to invest in things that don't change. I can be methodical only using methods and tools that don't break on me in unexpected ways. I invest a great deal in spreadsheets and calendars and habit trackers, in understanding and instrumenting metrics. I invest a great deal in understanding abstractions and mental models, because those things are what remain constant after all else have fallen away. It's why I prioritize stability and order in my life, and don't work well in situations where I feel the sand constantly shifting beneath my feet.

I trust that this will all lead to success in some way, shape, or form. Until then, I'll keep hammering at this wall and be satisfied when it chips.