Maybe I'm just on a history or religion bend, or maybe just surfing Wikipedia a bit too hard, but I've been engrossed reading about two different kings: Michael I of Romania, and Peter II of Yugoslavia. I don't know if anybody else has posed the contrast between these two relatively unknown figures, but I found their lives to be a powerful lesson in dealing with unimaginable loss and uncontrollable situations.

Both kings became kings when they were very young and on the backs of controversy. Both kings lost their kingdoms, during World War II no less. Both kings never regained their kingdoms. But while one king died in obscurity and shame surrounded by bitter former mandarins, the other was eventually welcomed home by tens of thousands of, if not loyal subjects, devoted admirers. 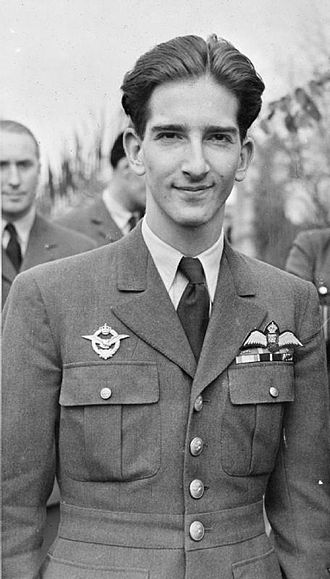 This is Peter II of Yugoslavia. Peter's father was assassinated when he was 11 years old. Peter came to power on the back of a coup d'etat, right before World War II broke out; his father's cousin was overthrown after a territorial dispute between (you guessed it) Croats and Serbs, and after declaring he would join the Axis.

The coup was backed by the British, and was very popular in the city of Belgrade. The coup itself was bloodless, and the coup leader didn't try to take power for himself but rather backed the young king. The new government compromised a number of different political parties representing a comprehensive union of different ethnicities in Yugoslavia. All this with Peter doing pretty much nothing, as far as I can tell. As far as kings go throughout history, he's living life on easy mode.

The party ended shortly afterwards. The Nazi invasion of the Soviet Union also targeted Yugoslavia. Within two weeks, the government surrendered, and the country was carved up by the Axis.

Here, Peter makes a huge mistake. He flees. Notwithstanding that Yugoslavia had only formed in 1918 and never fought a major conflict with another country as a multi-ethnic union, Yugoslavia also didn't exist as part of “the West” and “the West” didn't see Yugoslavia as “one of them”. We know this because Winston Churchill split up Yugoslavia after the war…on a napkin. By contrast, King Christian X of Denmark famously refused to leave his people, while King Haakon VII of Norway led the Nazis on a wild goose chase around the country, linking together resistance cells before leaving with the country's gold reserves.

Back to Peter. Only a handful of ministers leave with him, primarily the Serbs, which now surround the king disproportionately. The union of voices is disrupted, and the legitimacy of the king (who, remember, came to power via coup) becomes even murkier. Peter also travels to London, where he is lavished with attention and fine goods from the Western Allies (such as a luxury Buick…oh how times change). Not a good look when your countrymen are rounded up and shot by the thousands, if not starving. By contrast, Queen Elizabeth the Queen Mother remarked that she was glad Buckingham Palace was bombed, because then she could look the East End in the face.

Only then, did Peter realize since he didn't bring his army with him, he couldn't contribute to the war effort. With no contribution, the Allies start ignoring him, because war is stressful enough as it is. So Peter starts looking for “his army” back home. He finds them in the Chetniks, a Serbian movement within Yugoslavia. Peter thinks they're freeing the whole country and restoring him to the throne. He's wrong, but we'll get to that.

So he has an army, okay. Instead of getting Yugoslavs on the ground, British special operations troops parachute in instead. So they're the ones on the ground coordinating and communicating, which means a foreign interest is the only thing tying together the king and his army. This is like if the U.S. president had to talk to an aircraft carrier in the Middle East through Mexico.

Back to the Chetniks. The Nazis aren't nice people, and they start killing a hundred civilians for every Nazi killed…and the Chetniks back down – because they want to limit civilian casualties. So they waited for the Allies to land in Yugoslavia and liberate them, which never happened. Instead, the Yugoslav Partisans led by a guy named Tito took up the slack, while the Chetnik rank and file began collaborating with the Nazis. So much for Peter's army.

Peter began discussions with Greece in order to create a pan-Balkan union. That pissed off the Soviet Union, which began supporting the Partisans and Tito. Then Peter thought it'd be a great idea to balance out Britain with the Soviet Union and the United States, because pissing off the country that's sheltering you from the Nazis is a great idea. That idea failed too, and now the U.K and the U.S. began thinking about supporting Tito.

So what does Peter do to rectify the situation? He marries a woman, which wouldn't have been a problem, except Serbian culture did not look kindly on leaders marrying during a national emergency. So Peter ended up pissing off the Serbs, the last faction that might have had him as a leader.

Peter lived the rest of his life in exile, spending money on lavish items (until his checks bounced), speaking out against Tito (until the U.S. government told him to stop), and deserting his family (until he realized he had nobody else). He ultimately died from drinking too heavily, forgotten by his countrymen, in a foreign land.

That was depressing just to type up. 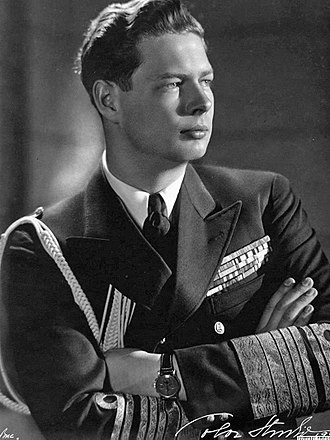 This is Michael I of Romania. His story is a bit more cheerful.

Michael doesn't get the benefit of a loyalist coup. Right from the get-go, he's dealing with fascists and Nazis. Ion Antonescu, the fascist prime minister, likes Hitler and thinks invading Russia is a good idea. It isn't, and when the Soviets come to Romania's doorstep looking for blood, Michael coups Ion and hands him over to the Soviets. This was extremely risky for Michael; Miklos Horthy of Hungary tried the same thing and the Nazis kidnapped his son for execution. By some estimates, Michael's actions could have shortened World War II in Europe by six months, by complicating Nazi Germany's plans.

The Soviets, having already wanted Romania anyways, unceremoniously kicked Michael out of Romania at gunpoint shortly after the war. Michael put up a small fight, but recognized that as long as the Soviet Union existed, Romania wouldn't be free. So he let it go, went and got a job, and started a family.

After the collapse of the Soviet Union, Michael returned to Romania. Speaking from a hotel balcony after denied a podium, he attracted over one million people who came to see him.

Michael chose not to reassert his authority over the throne, and instead went on diplomatic missions on behalf of Romania's new democratic republic, lobbying NATO and the EU for admission. Romania is now part of both organizations.

When King Michael died, he was transported from Switzerland to Romania on a large train, seen off by some of the largest funeral crowds in modern Romanian history, and buried with full state honors.

The Biblical Book of Kings is a sinusoidal roller-coaster of (bad times make strong men) -> (strong men make good times) -> (good times make weak men) -> (weak men make bad times). So I found it striking that even recently, this trend is true. One man can make a difference, whether through profound incompetence or negligence, or through stoic acceptance and perserverance through the circumstances.