I got a completely specced-out Dell Precision 5530. It had all the bells and whistles:

All in this gorgeous package: 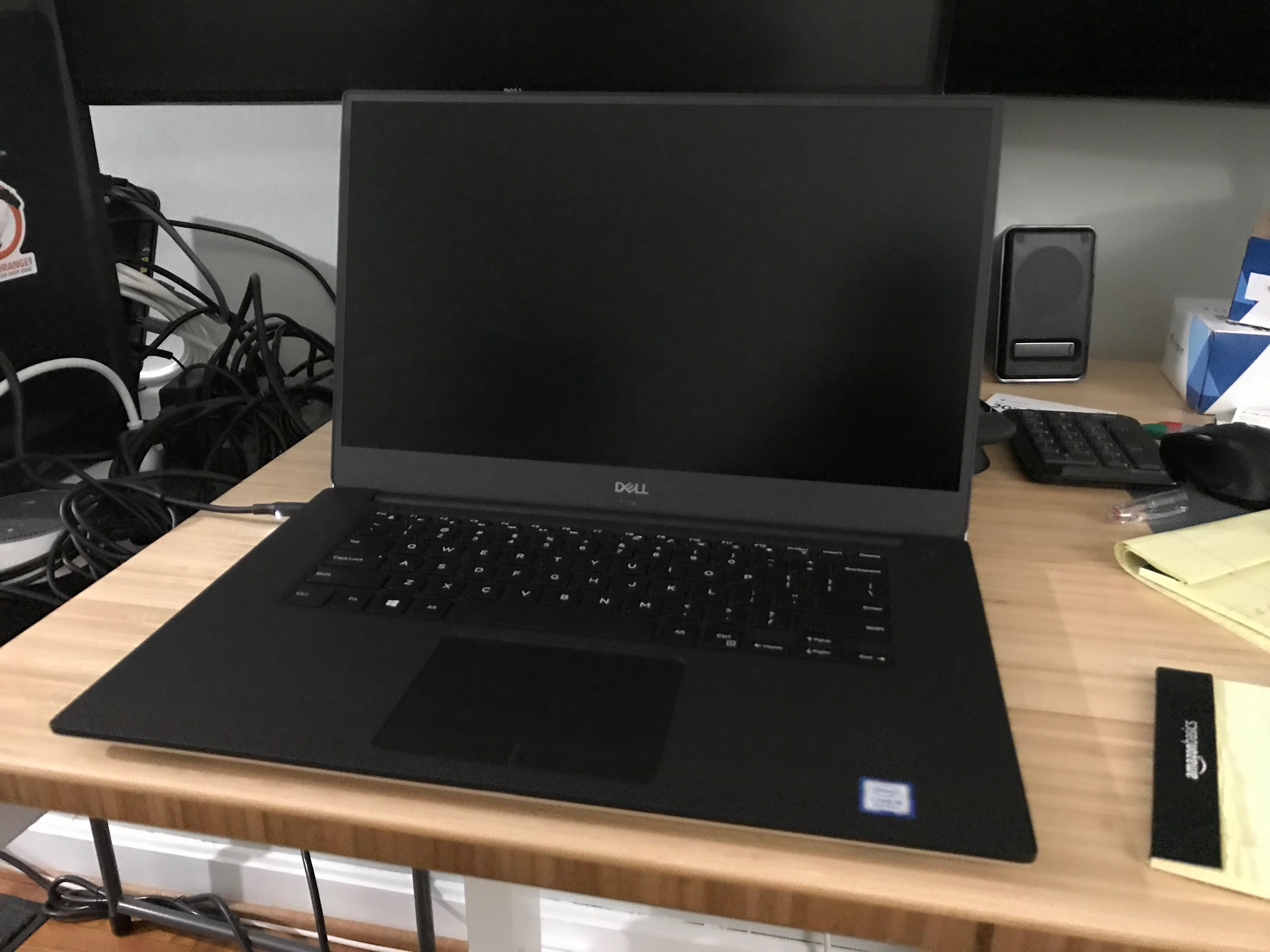 Kind of. But in the end, not enough.

So I purchased this computer after a great deal of hesitation. The price was the primary consideration for me, and the lack of “actual” failures in my current hardware also gave me pause. I wasn't using what I already had badly. I had to uninstall my NVIDIA drivers in my desktop due to a faulty apt upgrade and my GUI went into a login loop that didn't stop until I uninstalled said drivers in recovery mode and reverted to nouveau.

So I'm thinking, “I have all this stuff and it isn't enough? Why am I purchasing this?"

Then the Dell Small Business discount dropped off by 5% and I begged the Dell customer representative if he could restore the discount. He did and I purchased it.

I felt absolutely nothing purchasing that computer. It was a world away from how I felt about my current MacBook Pro, where I was super excited to get it. This new laptop? It's just a tool. And can a tool replace a baby? So I remained emotionally indifferent. I knew this was bad; I generally feel pretty good about purchasing long-lasting items that are not books, because of just how rarely I do so.

It came. It was in a shitty cardboard box. Okay. I took a Lyft back to my apartment to make sure it remained safe. The driver commented how I was one of the few people switching away from macOS to Linux; I replied that I used Linux at home and at work and I might as well use it when I'm mobile too.

I opened it up. The inside box was very fancy. 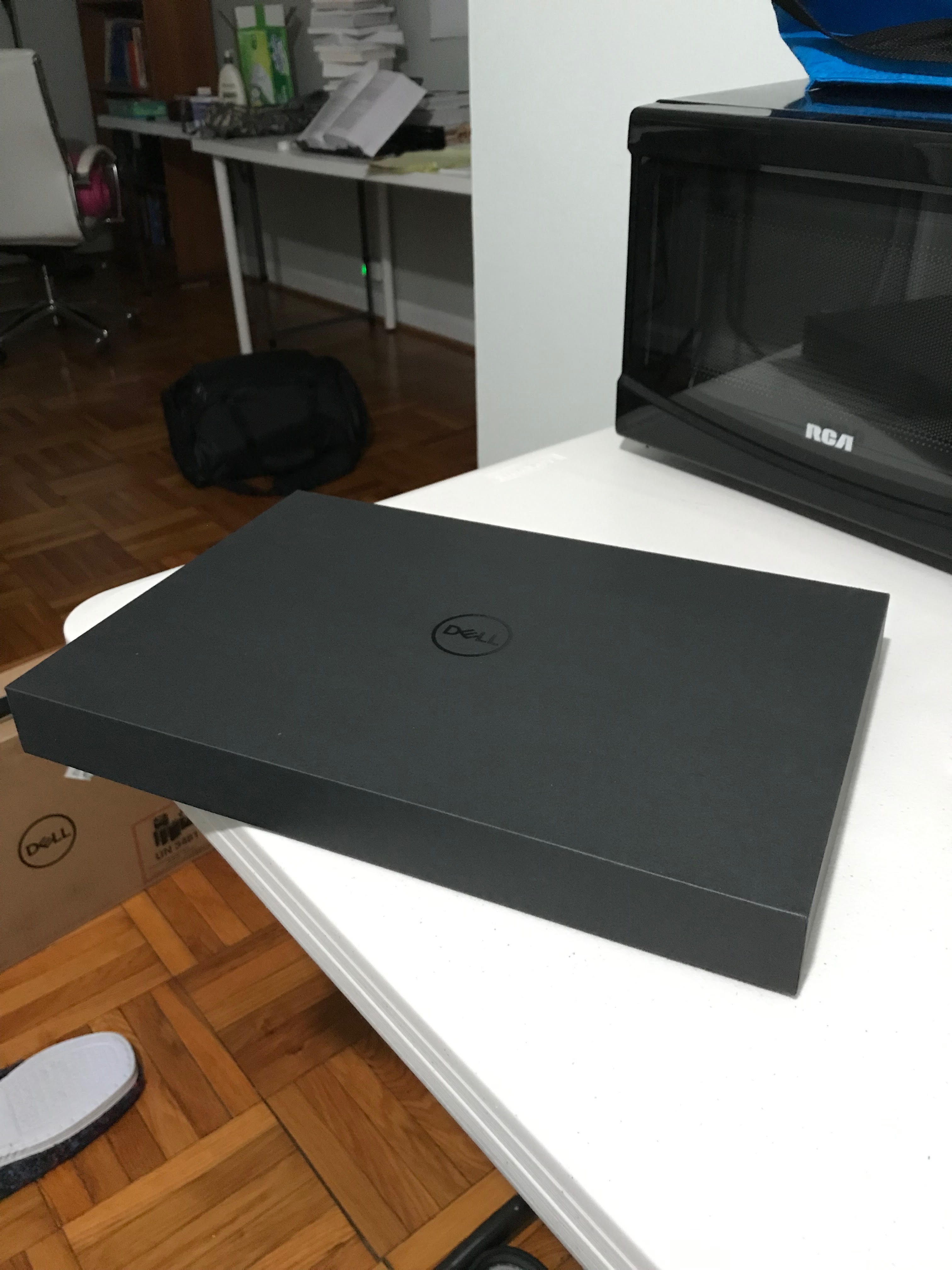 I set up papirus-icon-theme and adapta-gtk-theme, and a solarized dark Python wallpaper. Ubuntu 18.04 is nice like that; all GNOME, no wierd Unity/GNOME combination. And the nice thing about GNOME is that you can install packages straight from the GNOME package archive to your computer via Google Chrome extension and gnome-chrome-shell. This meant I could use the Dash to Dock extension, and with that Linux resembled macOS but in a way better way. 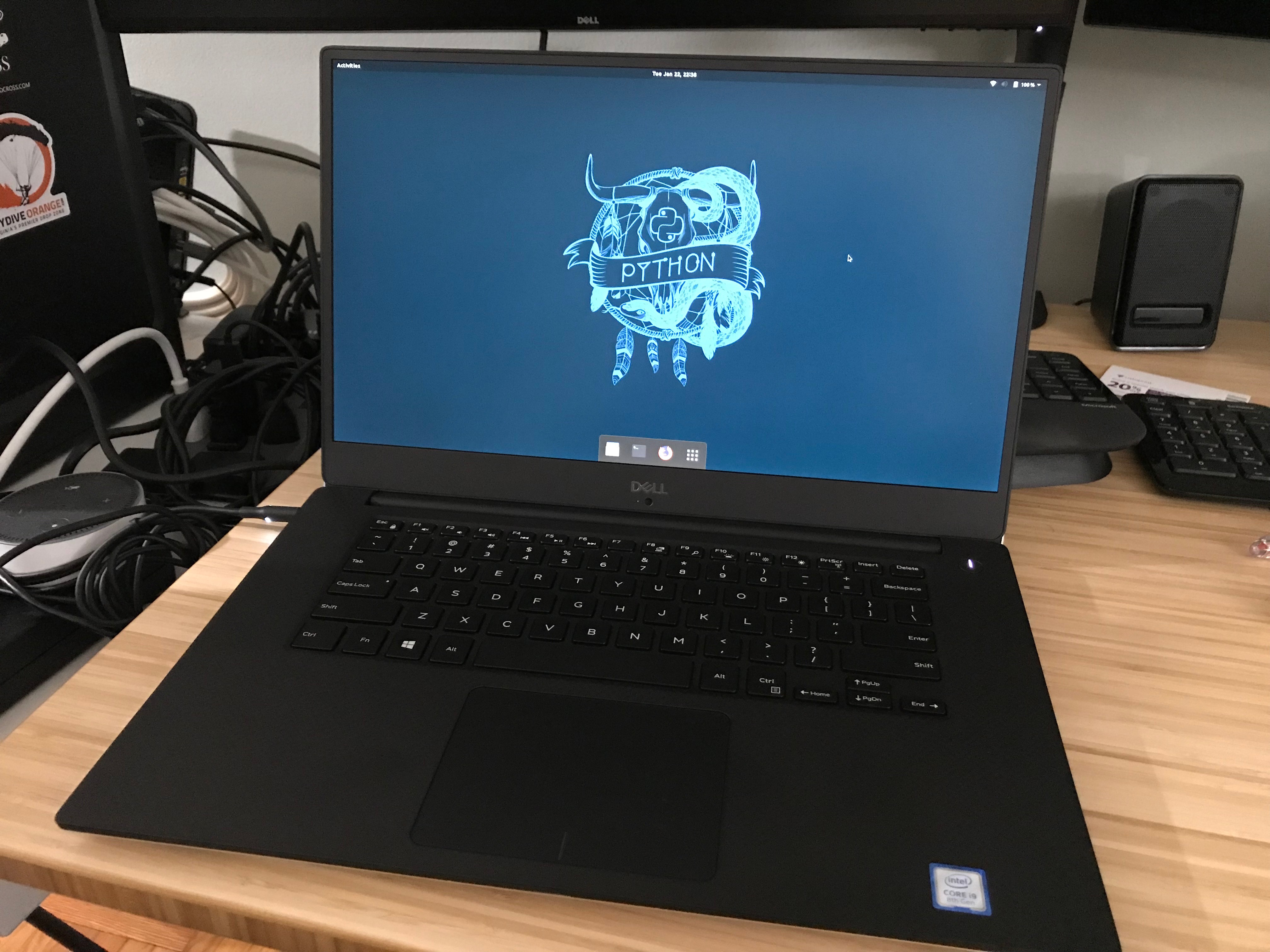 Build quality is good. No flex in the screen, hinges are good. No one-finger lift of the screen, and the screen overhanging the computer means that when placed in a laptop stand, the laptop needs to be lifted out of the stand before the screen can be lifted. These are fairly small complaints, though.

One of the biggest issues was the NVDIA driver registration, and how the driver was restored during resetting of the OS to Dell factory defaults. It wasn't restored, it was lost. 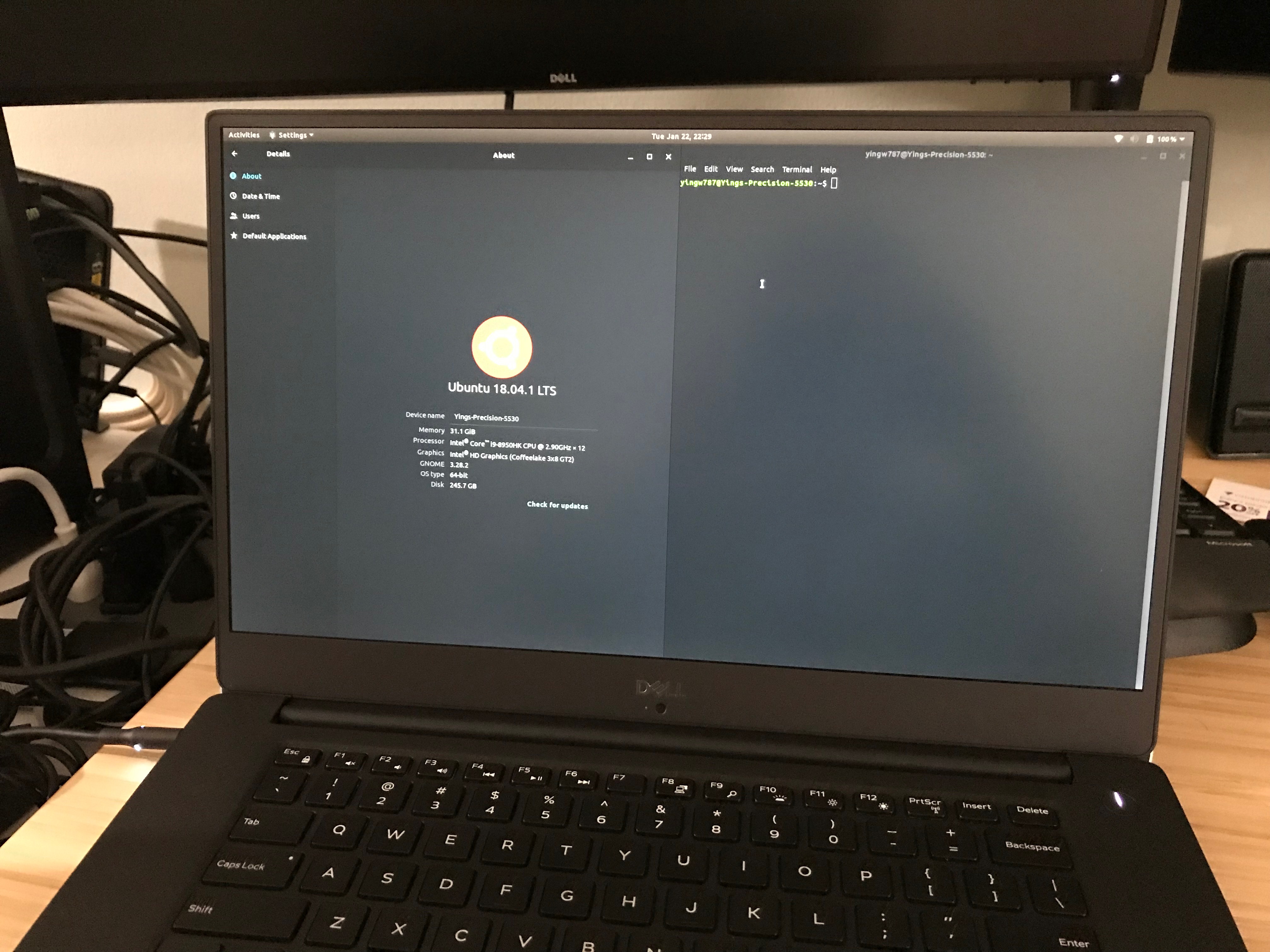 Dude. Uncool. That was one of the primary reasons why I installed the NVIDIA drivers – to compile/run CUDA files offline.

Also, my MacBook Pro must have a ghost in it or something, because it got faster the more I used it. I don't think it's slow, the upgrades I made to it keep it fairly fast, and I can't install macOS Mojave due to me RAIDing my SSDs anyways so I don't have to worry about upgraded OSes taking up more system resources.

I also still dream of dynamic DNS over OpenVPN and securely accessing my desktop from my laptop. If I had that, I probably could use the time I'm not on network doing other things that are CPU-specific – like everything that doesn't need a GPU. So really having a GPU in a laptop is kind of pointless (and not to mention expensive and underpowered).

I'm also a little terrified of the posts on Dell forums from people screaming about coil whine (apparently addressed in the newer machines), and of other build quality issues for the XPS line (which shares a QC line with the Precision apparently). Apple's quality has gone down significantly since I purchased my laptop, but nobody else has been able to match the quality at Apple's peak. Even my work laptop, the System76 Oryx Pro, suffers from stupid issues like the monitor going into a panic mode when unplugging from a Dell monitor. And that one costs $3500, so it's not like paying more or out the nose will result in a better experience.

TL;DR the new laptop is just not relevant to me. It also sucks more than my current computer.

When I returned it, I was afraid of spilling coffee or something on my old computer immediately afterwards and ruining it. I guess my brain just doesn't like me. Even so, I don't think I will miss the new laptop. The next laptop I get probably will be a Linux laptop, and high-quality too, but probably a lot smaller and cheaper; only a client to my desktop. Something like the base model XPS 13 Developer Edition which retails for $740, or a MacBook Air on Apple or eBay or something (hey, maybe USB-C will actually be a thing, and dongles will not be). Ideally I will become good enough at Linux and lightweight distros to get something like an IBM ThinkPad T20, which in part of my mind is what real software engineers use (like Linus Torvalds, who apparently compiles Linux on a 2GB notebook).

I'm terrified that the golden age of laptops has already ended, and with Apple's current design decisions, that we the customers will never have great laptops again. This is of course an absurd fear; somebody has to be able to create good laptops, right?