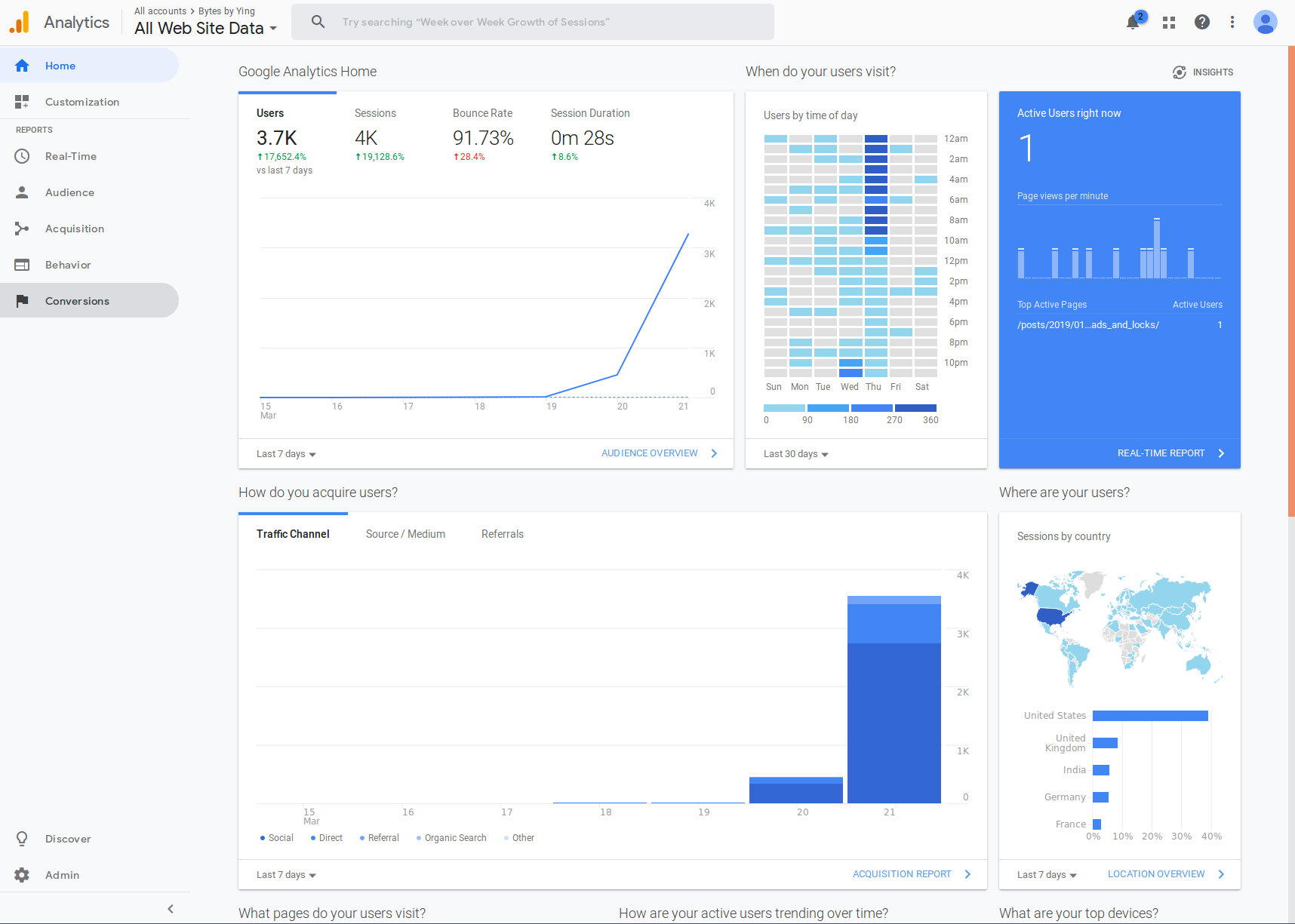 I maintain a secondary blog for professional purposes called Bytes by Ying, and recently I had the privilege of going viral on Hacker News. It was an exhilerating experience, and welcome validation that I have learned some useful things over the years and can communicate them effectively.

I use Google Analytics (although I have heard that Piwik/Matomo may be better for privacy-focused techies), and I've learned quite a bit about my users:

I was worried about whether virality would create price spikes in my AWS costs. However, after double checking what the costs of AWS Cloudfront were (about ten cents per gigabyte), and realizing that my compiled files were only several kilobytes, I stopped worrying. It would take literally hundreds of thousands to millions of hits for my website to generate significant AWS costs, and at that point I could probably afford to blog full-time or something.