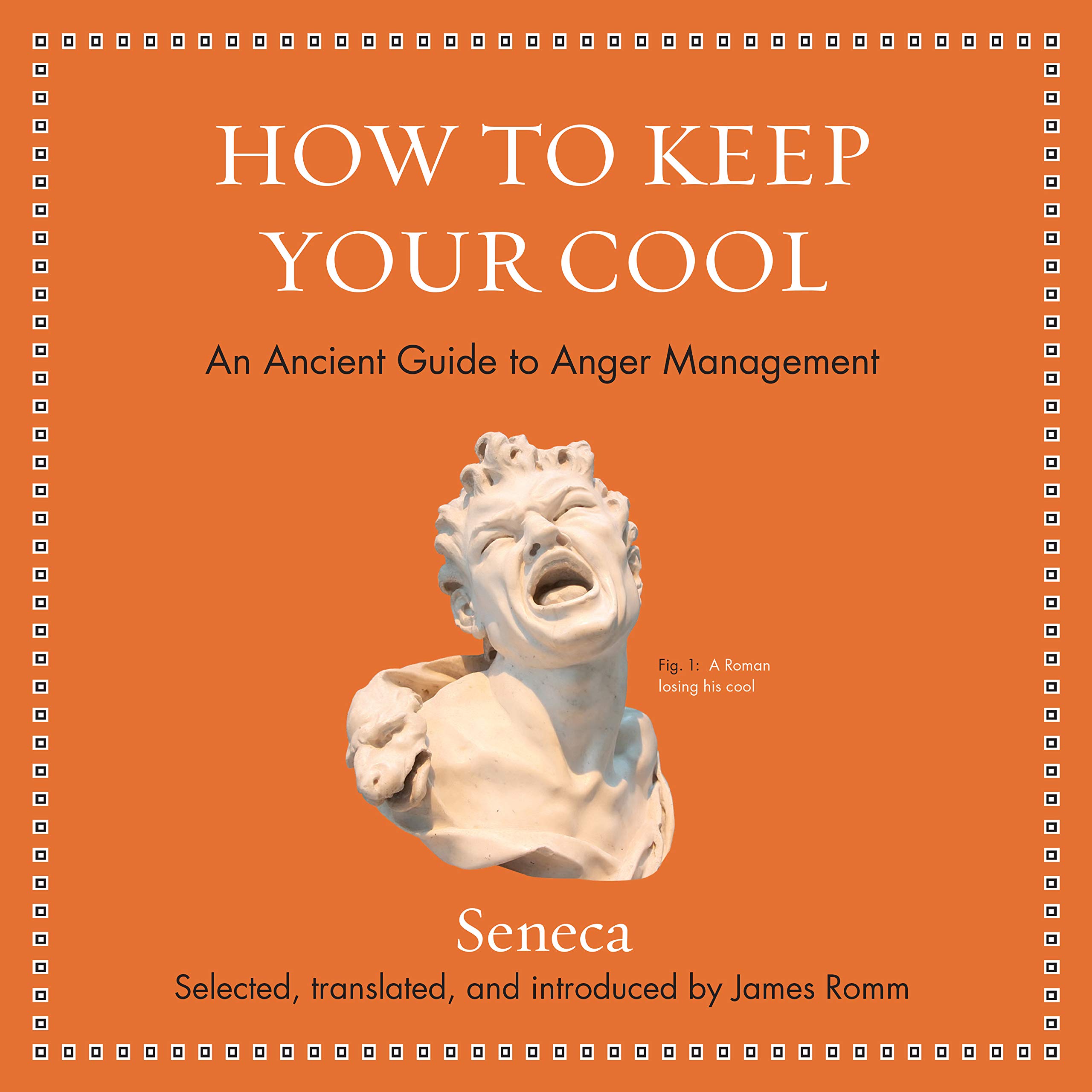 (I love this cover, it's hilarious)

Caligula once held in custody the son of a distinguished Roman knight, Pastor, and grew annoyed at the young man's elegance and very well-groomed hair.

When the boy's father asked that, for his sake, the boy be kept safe, Caligula, acting as though that request had been a suggestion of capital punishment, ordered the boy brought up for summary execution.

Then, in order not to seem cruel toward the father in *every* way, he invited Pastor to dinner that day. Pastor arrived, his face showing no displeasure. The emperor had a cask of wine sent to him and set a guard over him. Pastor, though wretched, summoned the strength to drink it; it felt like drinking his son's blood…why did he do it, you ask?

He had another son…if he had displeased the butcher as a dining companion, his other son would have been a goner.

This book was a very enjoyable read. What I love about the wisdom of Antiquity philosophers is how timeless and relatable their advice is, and how readily such advice can apply to our lives. It's not necessarily that a Caligula-like figure exists today and holds power over us (as per the quote above), but how anger itself manifests and what frame of mind one should be in before tackling issues that rile us up.

There's many common denominators between what Seneca suggests we should go when we're angry, and what many therapists may mention today. Take a day before responding so as to not have anger cloud your judgment. Be mindful of where anger leads and whether you wish to pay the price (see quote above). Be mindful of your own failures and let them keep you humble. Remember how being merciful and grateful has earned you goodwill. Trust what you know is true and leave hyperbole and hence paranoia at the curb.

I think people know this stuff logically. The hard thing is building alignment between our System 1 and our System 2, and being able to act and accomplish out of a sense of joy – no matter the circumstances. That takes acceptance of some hard truths: that life is not always fair, suffering may have no purpose, and sometimes we don't deserve things we think we deserve.

Seneca came from a time when the stakes of our actions were oftentimes much higher than they are today, but where the fundamental truth of his teachings still hold true. I liked this book, and I think internalizing its teachings will be healthy for anyone.