Due to the coronavirus pandemic, the D.C. metro region has been in a state of partial lockdown. To alleviate fear and stress, my writer's group has put together a daily “morning pages” get-together on Zoom in order to touch base before starting the day. Here's some of my brief thoughts.

Well, one reason to sleep with your phone is if you have a Calm membership and wish to listen to Sleep Stories. I love “The Velveteen Rabbit” and “The Big Bad Wolf Learns Anger Management”. I find these stories soothing, and as I used my phone in the evening for the first time in two days, quite cathartic.

One reason not to sleep with your phone is the news you might wake up to in the morning. Apparently President Trump says states are lying about their ventilator needs, which for me confirms my suspicions that the shortage is artificial. It sounds crazy before, but maybe a bit prophetic now, but one reason I didn't want to move to New York City last year was because of the population density and the lack of hard power representation within the federal government. The D.C. metro area is quite spread out, and filled to the brim with military folks who are good at following orders and who the President needs if he himself wants to stay alive, like it or not. It is kind of crazy to think a POTUS will let America's greatest city perish out of sheer pettiness, but I don't put anything past this president, and I definitely shouldn't now.

Here's one comment I made about the coronavirus, as of writing this, 27 days ago, and one top-level response dismissing my concerns:

I’m starting to take some precautionary measures even here in Virginia. Stocking up on food and other emergency supplies, avoiding public transit and walking everywhere, wiping down all surfaces I come in contact with with Clorox wipes I keep in my backpack. Hopefully I’m just going insane and there’s no reason to panic, but a respiratory illness with no treatment protocol besides quarantine, an r nought of probably no less than 2 given lack of testing, and untraceable infection paths for new cases domestically sounds concerning to me. This isn’t Ebola or Zika. This doesn’t even look like SARS. It looks more like the first wave of Spanish flu. Second wave of Spanish flu made it land in the history books.

I really, really hope I’m just going insane and nothing will happen.

Definitely sounds insane to me. Stop reading the news mate.

80% of cases are mild symptoms. A mild cold. Under 50 has a fatality rate of less than 0.5%. Almost all fatalities are over 70 or people who are already severely ill. You are about 25x more likely to die of the seasonal flu at this point.

This is media hysteria in a post fact world where all information from all sources is equally valid. Everyone is trying to be heard to make their case.

If you are 70+ or severely ill this IS pretty bad because, unlike the flu, their is literally no defense. If you don’t fit that profile it’s just a bunch of FUD.

My God, here's another comment I made 66 days ago, and two top-level comments, here and here dismissing my concerns:

I read on Reddit that Chinese New Year is the largest regularly occurring human migration event in the world. Millions of Chinese people gather on public transport and planes To go home to celebrate. It’s in a few days I think.

Also I’m not sure how the CDC is preparing for this under 45, but given the state of the federal government I would guess it’s less prepared than the days of the Ebola scare.

A couple notes, from an infectious disease epidemiologist:

Also I’m not sure how the CDC is preparing for this under 45, but given the state of the federal government I would guess it’s less prepared than the days of the Ebola scare.

Despite “45” apparently being such a comic book villain as to warrant “guess[ing the CDC is] less prepared”, the CDC has actually had guidelines out since August 2019: https://www.cdc.gov/coronavirus/mers/preparedness/checklist-...

This is part of how we even know of this case: the CDC under “45” was prepared, a local HCP was informed about what to watch for, and the system worked as intended. We have literally been through a very similar situation already with SARS and those protocols worked very well.

Now 20,000+ people are dead, and POTUS45 wants to reopen the country by Easter Sunday which if it happens will result in likely hundreds of thousands of people dead, if not millions, by the end of the year. I'm also expecting Dr. Anthony Fauci, the head of NIAID (because the CDC is nowhere to be found), also looks like he might get fired soon for contradicting POTUS45 and making him look bad. And this is nowhere near my nightmare scenario…but it's inching there, slowly but surely.

Here's a comment I made yesterday, partially copied here:

I respectfully disagree. Things get better or worse based on our decision-making skills and the physical state of the world, not because we “deserve” to get better or because it “naturally” happens. We have to put in the effort and hard work in order to attain greatness, it doesn't just come.

For example, I made two Hacker News posts about the coronavirus before all this happened, and both times people rose to dismiss my concerns:

Now JHU CSSE is reporting 23,970 deaths and a continued exponential rise in confirmed cases with no peaking in sight. We're quarantining themselves on a state-by-state basis, NY w/ Cuomo is locking down hard while New Orleans was partying @ Mardi Gras. No restrictions on domestic interstate travel. No federal roadmap for the next three to six months. No communications with even our closest allies on travel bans.

Just as surely as the sun rises, black swans can and do happen, and sometimes empires and peoples don't get up. Not ever. Carthage, Babylon, Jericho, Palmyra, Teotihuacan, and a hundred other once-great cities said we will overcome and persevere, and now they're dead and dead forever.

We have absolutely got to stop thinking we're exceptional and we're different. We're where we are now because a lot of good men and women worked tirelessly to get us here, sometimes kicking and screaming. We'll get out of it if and only if we listen to those same men and women working tirelessly on our behalf.

Otherwise we will join the dead in the scrap heap of history. Don't ever, ever assume it can't happen to you.

I'm such a happy ball of fluff, aren't I? If you're as gullible as I am, the answer is no, this is all quite terribly depressing. So here's a cute picture!! You know what, that's not enough (sorry Mr. Floof!), so here's another picture!! 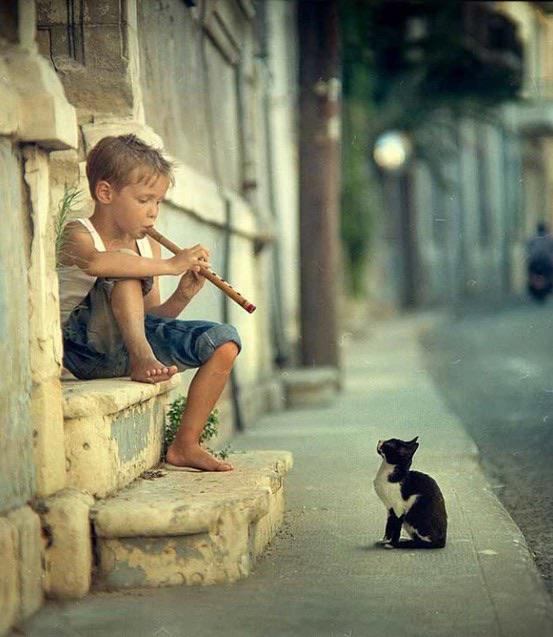 That'll have to do 😄