Welcome to my personal blog! I don't usually share my personal content (in fact this is the first time), but I think this message here should be heard by others, mostly versions of me living on other timelines in this universe. I don't keep any kind of trackers or ads or fluff on this site, and I never will. Please feel free to share with others at your discretion. If you have any questions / comments / concerns, feel free to email me@yingw787.com, and time / energy permitting, I'll get back to you.

So I went on a walk today from my apartment over to the Georgetown neighborhood, and this was the scene: 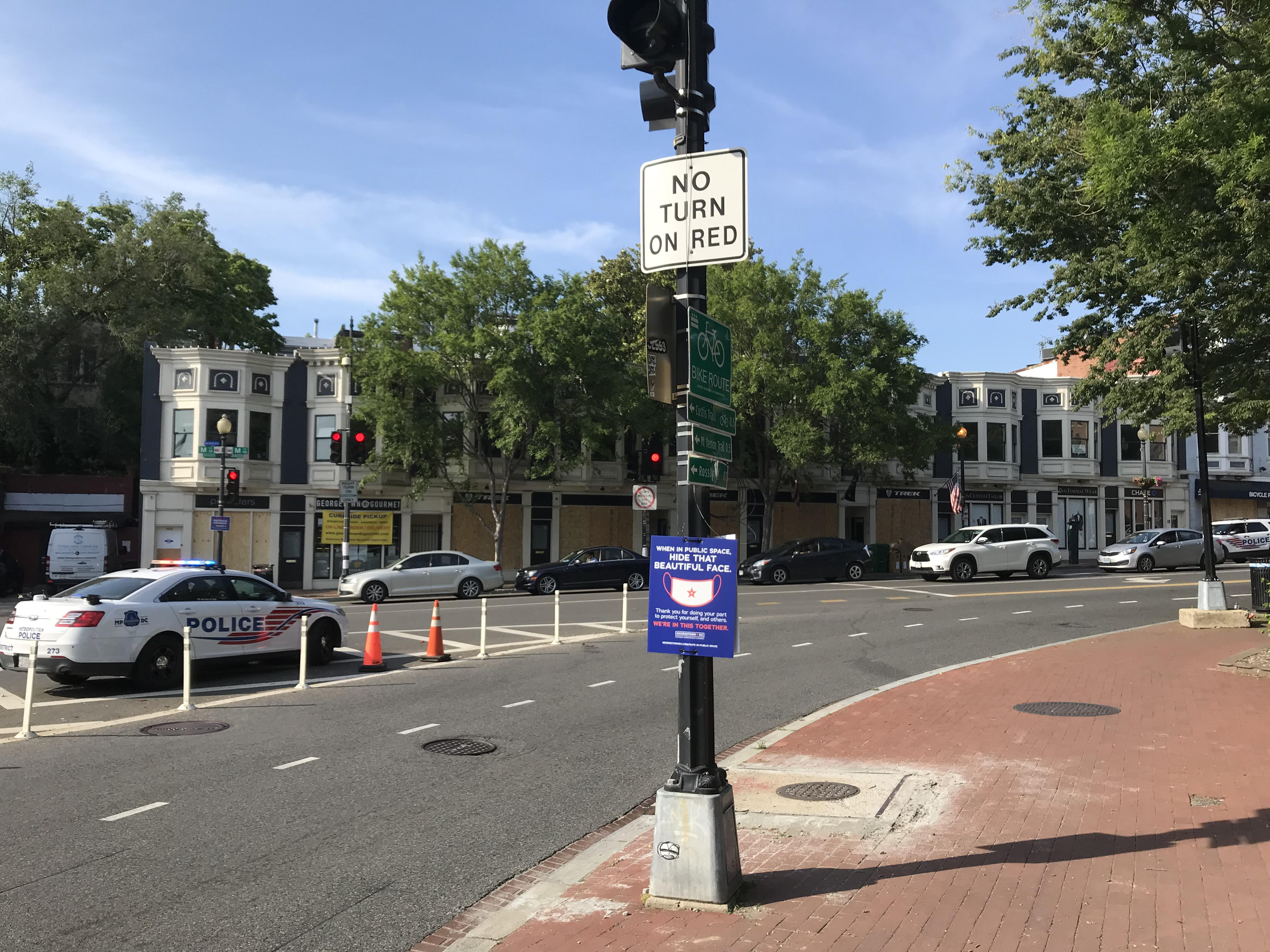 One lonely police car, guarding a bunch of boarded up stores. Mind you, Georgetown is one of the more affluent, pasty-white neighborhoods in D.C., but anybody can enjoy a fresh, cold ice cream cone from the Haagen-Dazs on M Street. So I don't think most people, from any racial or socioeconomic background, are genuinely happy with this situation right now. The peaceful protests, the separate riots and lootings, and the heavy-handed police and military response drag many innocent bystanders into a conversation most are uncomfortable having.

So now that we're having it, whether we like it or not, I think it's a great time for me to add to that discussion on my own terms. I hope my words can help people heal, appreciate the things that are really important in life, and spark introspection in a time of questioning.

I'm a logical, methodical person at my core, who for many years, didn't believe in the power of the heart, the spirit, or the soul. I wanted to be a machine, and not feel anything. To my past self, emotions seemed like an artifact of our baser selves, a reminder from when we climbed down from the trees, an anchor preventing us from reaching a higher level on the Kardashev scale. If only we could let go of our feelings, we could achieve so much more.

But neglecting emotions doesn't magically remove them, it just nurtures them in an unhealthy manner. For example, my practical success cost me my perspective. In grade school, since I always scored near the top of the class in many disciplines and since those who scored similarly were of a similar race or ethnicity, I succumbed to subtractive, subversive thoughts and paradigms like “blacks don't study as hard as Asians” and worse things I won't mention here. I didn't always say them, because historically I said them and was punished for it, but the belief always survived. I suspect that we're where we are now because sometimes you don't get punished, and that for many, this is where the story ends.

That's not where my story ended, though. I was fortunate enough to go to university on other people's money, and meet people from all over the world, including some straight from Africa. I tell you the truth, the African internationals were some of the hardest-working, and kindest, people I've ever met in my life. I recall one friend at the time came in at a lower level of math, one I accomplished and got credit for. By the end of college, he studied at a higher level than I did, got his dream girl and his dream job, and remained his bubbly and chatty self. For many reasons, some apart from being racist, that wasn't the case for me.

I like standing on my principles, even if I have to do things the hard way. Instead of twisting my principles to fit my worldview, which would have been the easy, convenient thing to do, I questioned whether said principles stood on solid ground. Here was a man who I recognized was better than me in most every field I cared about. If one case disproves a postulate, that postulate has to go out the window, right? So I did a 180 internally, and began working towards cutting out any racism from my internal beliefs, because I've seen it be wrong with my own eyes. It wasn't easy at all, took years, and remains a work in progress, but I'm reasonably happy with where I am now and how far I've come. I think you can count that as personal growth.

You remember everything, because it's worth remembering. I've only recently forgotten enough to remember what's important. How many of us have remembered a smile from a crush, a compliment from a close friend, years and years and years after we've forgotten what exactly was on page 23 of that AP U.S. History textbook or how to implement a Taylor series or that new feature we shipped? So it is with racism, except less fun. When I think back to those moments when I hurt people, I realize how the saying “people will forget what you do, but they will never forget how you make them feel” goes both ways. Then I cringe, because I can't take those moments back.

There's no point in hating, it goes nowhere. Hatred is a drug, and like any good drug, it messes with your brain to steer you. It's addictive and attractive once you're riding the spiral. There's always something new to hate, it gets easier to hate the longer you hate, and it gets harder to escape that loop the longer you're committed to it. People even relapse like they do with drugs! Daryl Davis lifted many Ku Klux Klan members from this mindset, only for them to fall back into the same habits once they're surrounded by the same community, or get snagged on the “he's not like those others” knot that kicks the can down the road.

There's no end to it. You're not going anywhere just chasing the next high, slicing and dicing blocks of people in your mind, spinning round and round on a flywheel of bullshit.

You might get off the path, and suffer the withdrawal of changing direction and communities. But trust me, that small pile of progress is solid, because you can be at peace with it. Just focus on making that pile a little bit bigger, and soon enough you'll have enough to build a great life on.

It's no fun being a loser. I'm 25 years old. I've never had a significant other, and I've never had sex. I'm on sabbatical, which has been pretty productive, but you could characterize me as “unemployed”. I'm on pretty bad terms with more people I can count from my childhood. This may sound like r/suicidebywords, but if you lift my lifestyle and background and Venn Diagram it, some parts may well overlap with people I don't admire, and it's because once upon a time, I was a loser.

So let me tell you, it's no fun being a loser. It's no fun being “edgy”, if that's what you were going for. You're the guy motivational speakers dunk on, and tell others to cut out of their lives. You suffer inside, because hatred breeds suffering, and nobody notices or cares because you're not worth remembering. No amount of outside help matters because you're crooked inside and everything you touch dies. Your soul looks like this drab and colorless view of Homs, Syria after a few years of civil war: 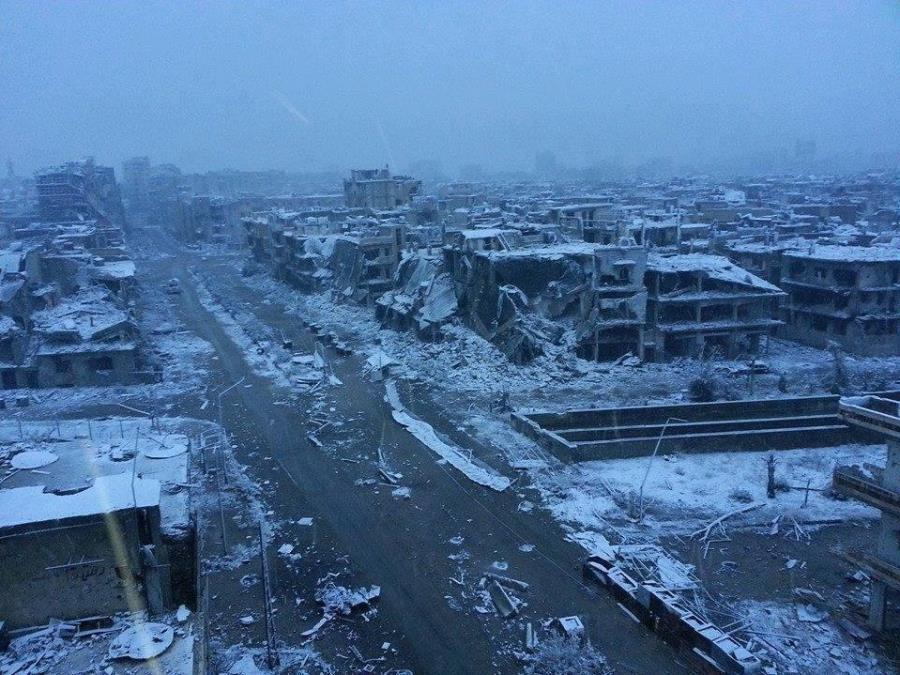 All for what? A joke you took too far and can't take back? A distraction from other problems in your life? Some past trauma that triggers you? It's still not worth it. I've been (nonviolently) robbed multiple times, some by black people, and the police don't care, and now I shrug and smile when I look back because it's fine. Life's not fair, and sometimes bad things happen to good people. That's how bad I've found not letting go and becoming a loser is. Never be a loser.

I have this shtick where I always do things the hard way, and while it's painful at times, I have a much better understanding of why things are the way that they are because I feel it in my bones. Hope this helps somebody.