It's nice to have a little bit of certainty. 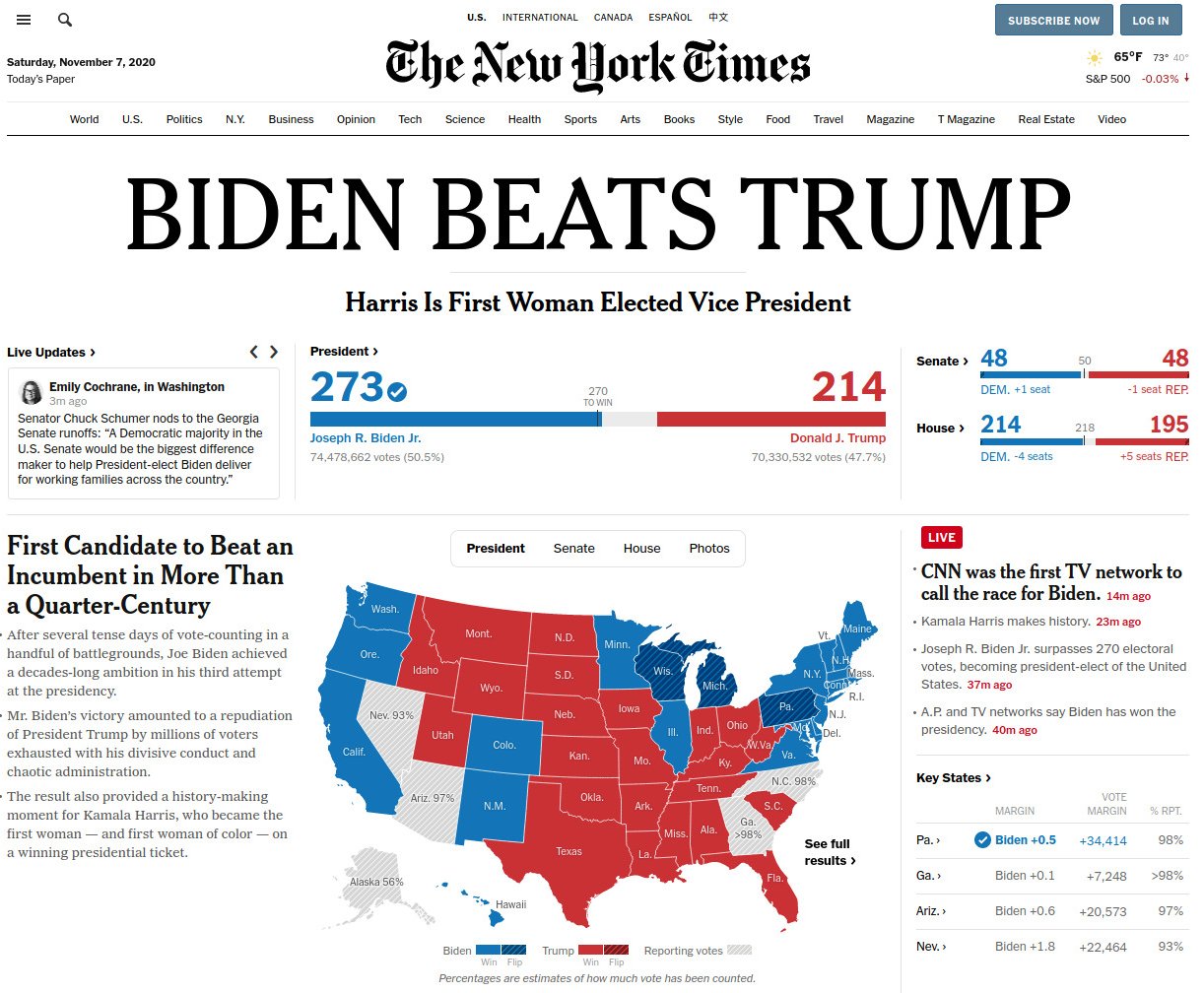 And to highlight my bad timing skills. Or Firefox being really laggy on my computer.

I think there's some important caveats to note:

Biden is in an extremely weak position coming into POTUS. He has to run a disparate coalition, held together by the singular hatred of the current POTUS. The current POTUS by contrast can call upon a cult, the unthinking greedy, and foreign interests in order to execute policy. There's a very real chance Biden will just warm the seat until a red tide comes in 2022 and 2024.

I don't know what the next four years are going to bring, but I think I'd like to get more involved, and go to town halls and demand answers from representatives and stuff. I'm personally skeptical of myself wielding any sort of power beyond deciding what bagels to get for a meeting, but I think people will easily forget “the year that will never be forgotten” and it'll take people who remember applying consistent pressure over decades in order to effect policy correctly.

I think we've have had precious little to celebrate on the federal front over the past four years. And I don't begrudge people from celebrating. But we have 125,000 coronavirus cases yesterday, up from 80,000 last Friday, with a 50% positivity rate in some cities and states, and Trump cult members praying over election results in Nevada (that have already been written down) in front of the polling station. And now with Biden's victory, Democrats have lost their biggest (and perhaps only) reason to turn out for elections at all. So while others may celebrate Joe Biden's win, I'm not celebrating until the next Donald Trump loses. I might be waiting a while. A very very very long while.