The Year In Review:

So this year was a unique one in terms of exercise. Not just in the stay-at-home orders, which means no more gym (not that I was going to the gym regularly anyways), but also the pandemic and trying to avoid the hospital and any broken / sprained bones and ligaments discouraging exercise too. That, plus adjusting to a work-from-home routine that doesn't involve long periods of sitting in front of a screen, all resulted in a substantial backslide this year compared to the last.

Good news is I kept a bunch of metrics throughout most of this year, and I got around to Dockerizing that data and plotting a bunch of visualization for certain metrics. So let's get to it. 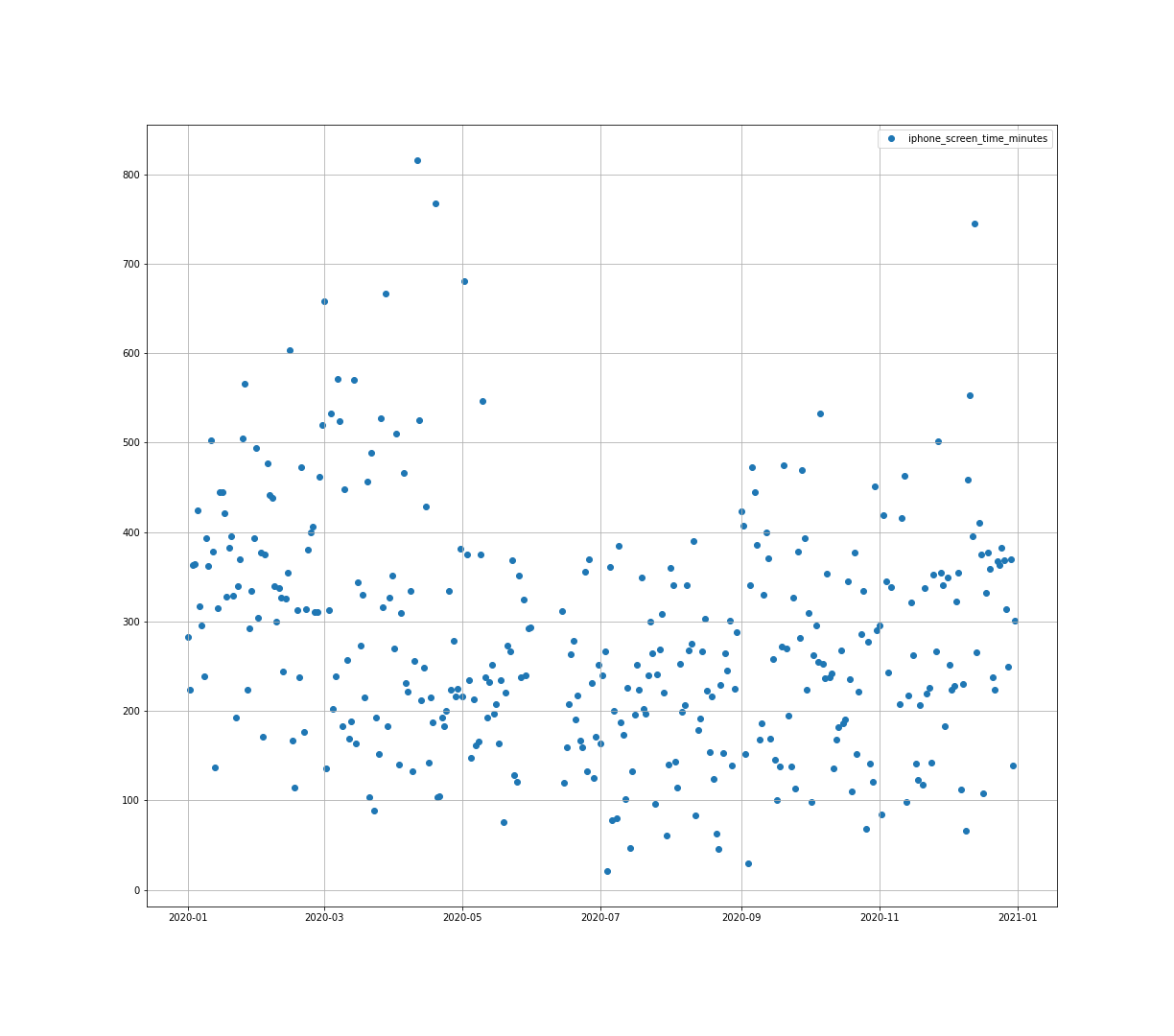 Hmm, for the amount of time I spend on my iPhone, I can present some observations: 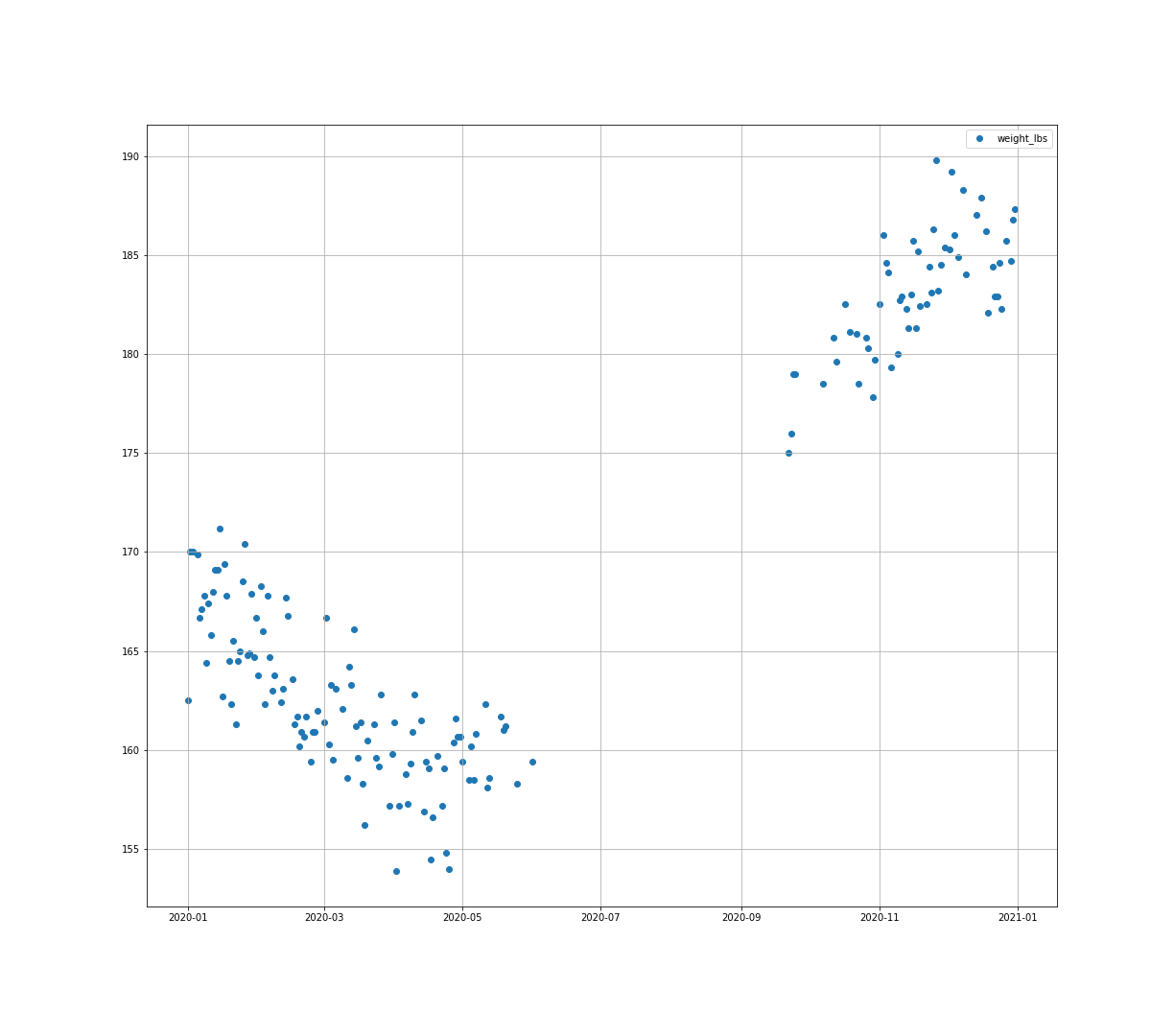 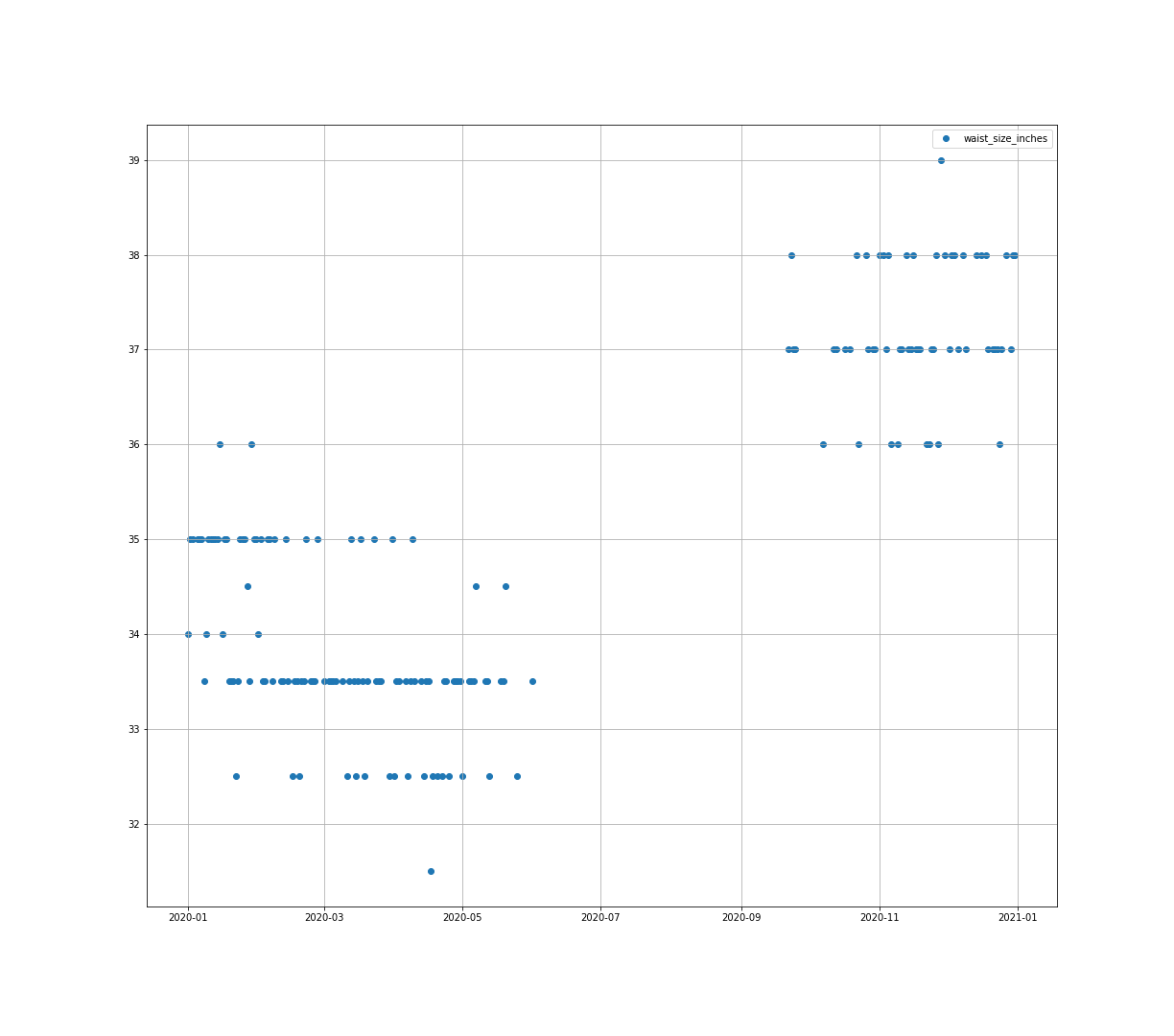 This is probably the most depressing part of my year in review, how I failed to keep my body healthy in ways I measured. I'm still incredibly lucky, though. I've heard people who've gotten COVID invariably cannot exercise anymore due to the lack of lung capacity, and I'm guessing whenever the ACA gets repealed insurance companies will label COVID a pre-existing condition with skyrocketing premiums, along with weight gain from inability to exercise meaningfully, will result in a drastic decline in physical health among the U.S. population. Compared to that I'm hella lucky (though I still might catch COVID if I'm not careful). I can always do a better job though, and whenever I get the vaccine I should look at exercising more and re-evaluating the risk of a broken bone or something vs. decreased health from overweight-ness and obesity and blah blah blah.

I think I'd rather just know things are horrible early on rather than wait until I'm a literal beach ball of fat. This is another argument for making an in-house database-backed spreadsheet application + streaming visualization tool; if I don't, I might not see the bigger picture on a day-to-day basis.