The Year In Review:

I've continued to track my sleep on and off the course of this year, and now I'm going to do a review of how my sleep patterns have shaped up. All in all, I think I started off the year pretty good, and then kinda just slowly slid back and back. For some reason, I find it much easier to be a night owl than an early bird. I know I should wake up early. But knowing and doing are two different things. Given everything that's happened this year, I think it's healthier to let the past be and worry about the future. So let's just try to understand it. 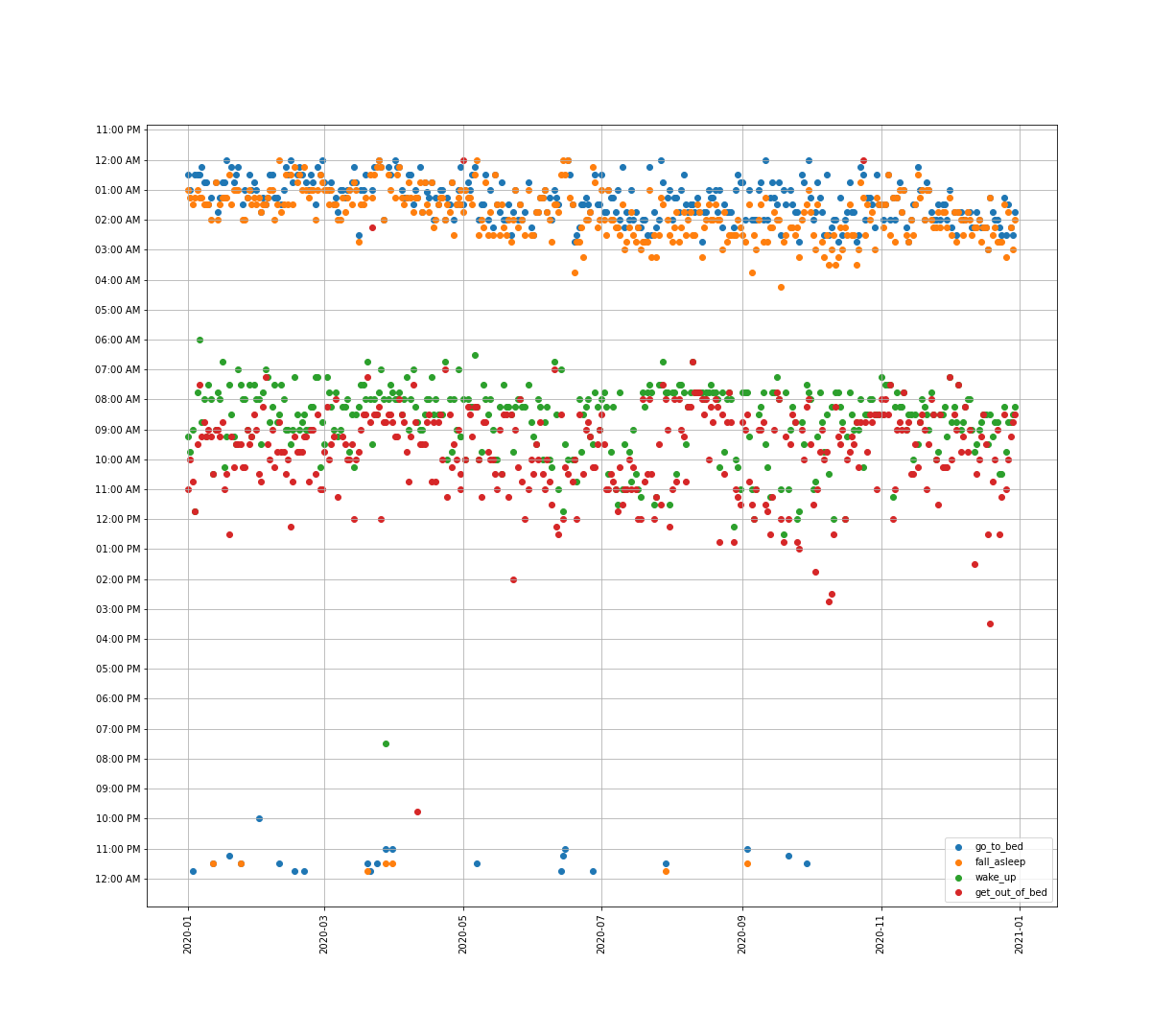 I created the above chart by entering in times to go to bed, fall asleep, wake up, and get out of bed over the course of the year in a Google sheet, then imported into PostgreSQL, then synced with a Jupyter notebook. I think overall its a bit shittier than the Google chart natively embedded within Sheets, but it's mine and it's free (as in beer), and it'll get better as time goes on.

Some interesting things to note:

I updated the graph in order to start @ 9:00PM and end sometime later (1500 minutes after 9:00PM, which would be 25 hours, which would be 10:00PM the next day). I couldn't get the axes to work properly, I'll probably do that later at some point. Wow, so much more flexible than Google Sheets (even though its still early days). 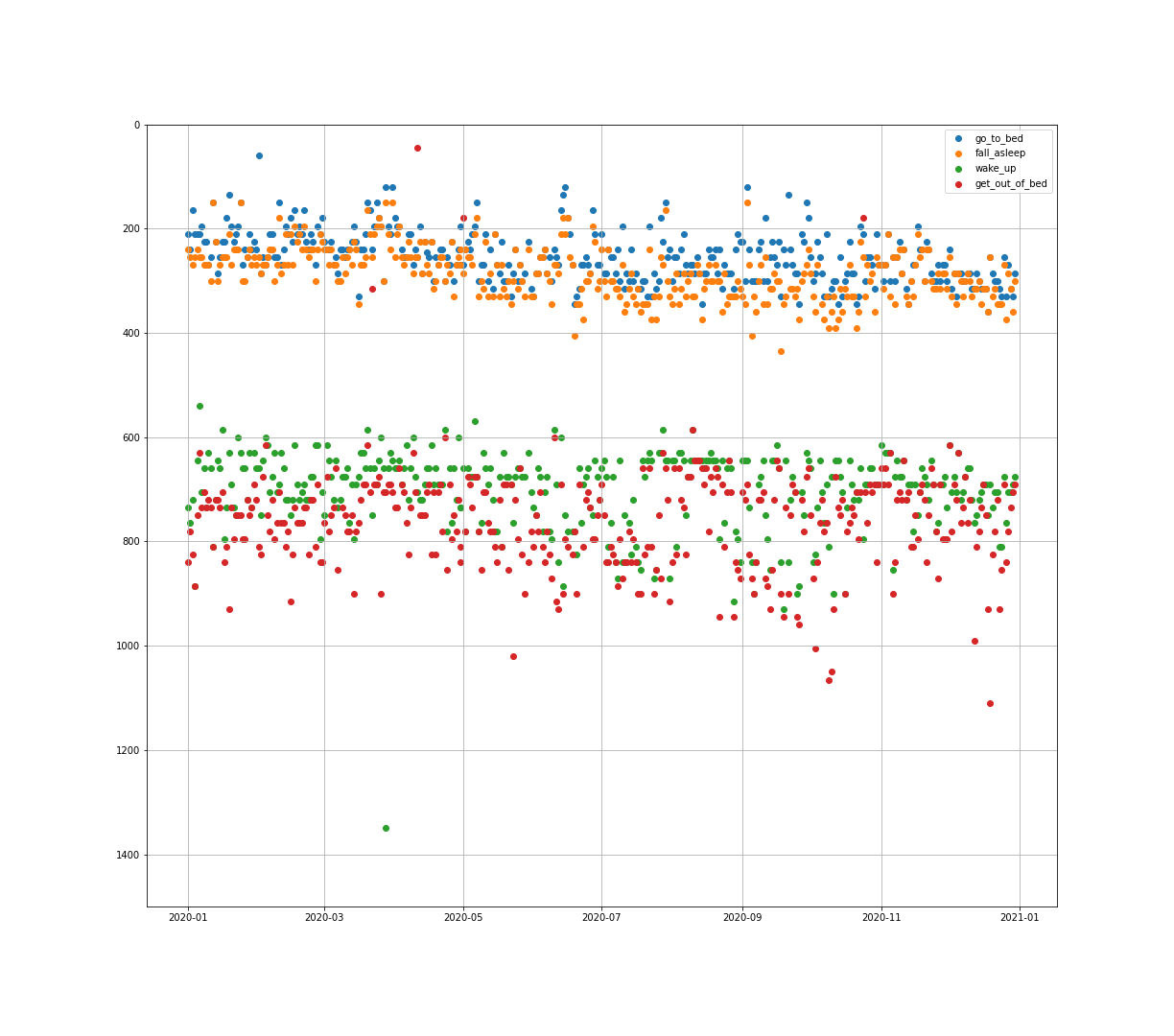